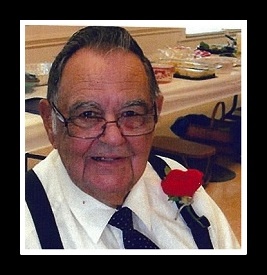 Born on July 18, 1930 in Chapin, he was the son of the late Bennie Bryan and Annie Mae Stoudemire Frick.He was a member of St. Peter Lutheran Church where he was a member of the Prime Timers and the Golden Agers. He worked for Coca-Cola for 34 years. He started his career in Newberry and later retired from Sunbelt Coca-Cola. Bennie enjoyed farming and talking about his days working for Coca-Cola.

Due to the current conditions with Covid-19, the family will have a private graveside service in Newberry Memorial Gardens.

In lieu of flowers memorials may be made to St. Peter Lutheran Church, 900 Dreher Island Road, Chapin, SC 29036.