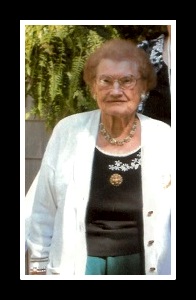 Born in Saluda on November 14, 1917, she was a daughter of the late Albert and Elissa Riddlehoover Proctor. She had five sisters and one brother. She was raised most of her life in Newberry. She married her first husband, the late Blumer Hendrix and had two beautiful children. Her daughter, Fronnie Banks, of Pomaria and her son the late, Olin Hendrix. She has five grandchildren and ten great-grandchildren. She was affectionately known as “momo” by all of her grandchildren.

Her second marriage was to the late Charlie Ray Rinehart and with that, she gained another great set of children, step-sons, Robert (Rosa) Rinehart of Chapin and James Ray Rinehart of Seabrook Island.

Mrs. Rinehart was a member of Epting Memorial United Methodist Church. She worked most of her life as a caregiver to others having worked at the Whitten Center and Newberry County Memorial Hospital and later caring for several people in their own homes. She spent her entire life serving others and enjoyed every minute of it. She always loved working in her yard with flowers and having a vegetabele garden in her back yard. She spent many days fishing on the lake or in a nearby pond. That was definitely one of her favorite pastimes.

A private graveside service will be held Thursday, April 30, 2020 at Newberry Memorial Gardens by the Rev. William Hightower.