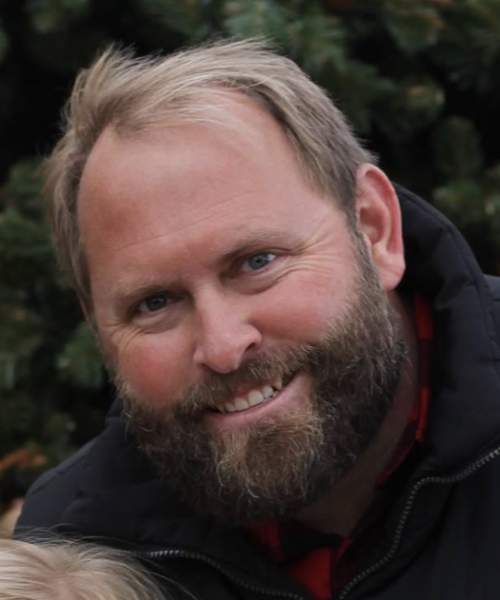 Born on May 9, 1982, he was a son of James Hendrix and Michelle Styles Cannon. He was the owner of Happy Hooves, attended First Baptist Church of Newberry and was a member of the Hoof Trimmers Association.

From an early age, Blake had a great love of everything on the farm.  From knocking heads with the billy goat, to trying to catch a ride on the bull, he was always up for an adventure.  Days at school were spent day-dreaming about hay fields, cows, and tractors.  His life goals always included farming.  This love of farm life was cultivated through his father who taught him the skills most essential for farming success. Blake loved working with his cattle and one of his favorite places to be was on a tractor planting, cutting, raking, or baling hay.

Blake’s love of the farm made him especially qualified for the profession he chose to pursue: hoof trimming.  After his first battle with cancer in 2013, Blake began building his own hoof trimming business which spanned across Georgia and South Carolina.  Years of hitting the road, persistently visiting farms, and creating a reputation of quality work, paid off as Blake became a well-respected and sought-after trimmer.  He absolutely loved his job, cared for his clients, and continually worked on ways to improve.  Although much of the determination and dedication he put toward his business was in order to build it, the majority of his motivation came from wanting to provide for his family.

Family was extremely important to Blake.  Many days he would wake in the early hours of the morning, drive a few hours, work all day, then make the drive home to be with his girls, just to make sure they were safe.  His little princess (and spitting image) Ruby Jo meant the absolute world to him.  His love for her is evident in the way she wants to be “just like daddy”.   There is nothing he wouldn’t do for his family.

Blake was a valiant fighter.  He was not a run-away-er, but a stand-your-ground-er.  For 22 months, his family and friends witnessed the core of who he was:  a true never-give-up-er.  There could not be a better example of resilience, strength, true grit, and faith.  Throughout his life, he took on challenges head on.  He beat the odds in so many ways- this most recent battle was no different.  He fought, without wavering, until the very end.  The love of his family was his catalyst and his faith in the Lord was his sustainer.

As a loving husband, adoring father, and faithful friend, Blake Hendrix will be sorely missed.  The absence of his earthly presence will leave a gaping hole in the hearts of those he loved.  But, having confidence in the promise he claimed in Jesus, peace comes in knowing he is completely healed and at rest with his Savior.

Funeral services will be held at the Trinity United Methodist Church Cemetery on Wednesday, October 13, 2021, at 2:00 by the Rev. Dr. Albert Allen and Rev. Camden Bagwell. Interment will follow in the church cemetery. Visitation will be Tuesday from 4:00 pm – 8:00 pm and Wednesday from 11:00 am – 1:00 pm at the McSwain-Evans Funeral Home. Everyone is invited to bring a lawn chair for the service. In lieu of flowers memorials may be made to the Ruby Jo Hendrix trust fund at BB&T - Truist Bank.