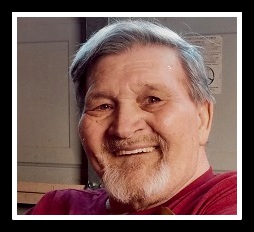 Charles Derrell White, 83, of Prosperity died March 31, 2019 at Lexington Medical Center. Born March 2, 1936 in Newberry, South Carolina, he was the son of the late Wesley and Ruth White. Charles had one sibling, Hughie White who was killed in the Korean Conflict. He married the love of his life, Sylvia Gene White in May of 1958.

Charles drove for Overnite Transportation for 31 years, handling the Newberry/Chapin route. He was a proud member of the Mack Million Mile Club and was known fondly around the community as “Charlie White from Overnite”. When not working for Overnite, the White family owned and operated White’s Flower Shop in Newberry, SC for almost 50 years, where you would find Charles enjoying lunch daily with his wife and mother and delivering flowers on the weekend. Through his years, he enjoyed being a member of the Smiling Swingers Square Dance Club, the Newberry Exchange Club, Newberry Country Club, and Mid Carolina Country Club where he played golf, at his leisure. Charles loved his family and supported his children by dedicating his time to coaching and being a MC Band Booster. In his later years, Charles was more fondly known as “Papa” to everyone in the community and would often be seen riding his golf cart and picking up pinecones.

Charles is survived by his children, Robert White and his partner Kay; and Christy Jones and her husband Tony. Robert’s children, Dwayne White and his wife Deborah; Forrest White; Victoria Wilson and her children, ChloeAnn Davis; AvaGrace Davis; and Sylvia Wilson. Christy’s children, Meredith Mills and her fiance Austin Cox and their son Alex; Martina and Bradley Wicker; Matalyn Mills and her partner Hayden Bulwinkle; Randall and Briana Jones and their children Caleb and Dylan. Along with numerous “adopted” grandchildren including but not limited to Mackenzie, Courtnie, and Logan Stafford and Lauren Folk. Charles also leaves behind his furry and beloved companion, Peanut.

Services will be private for the family. In lieu of flowers memorials may be made to McSwain-Evans Funeral Home.