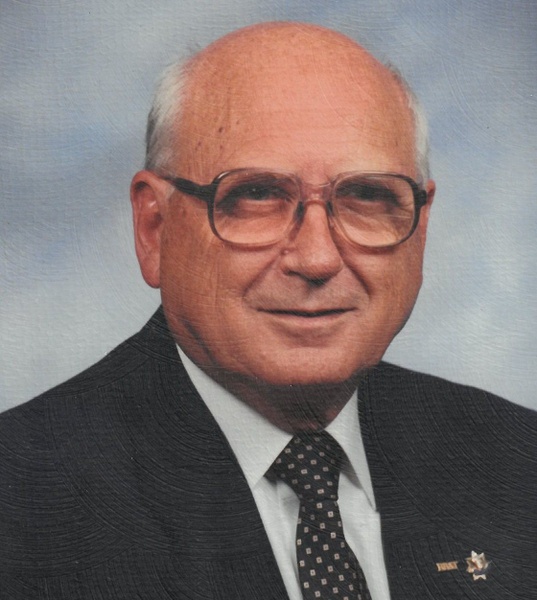 Born on January 29, 1928 in Grays, South Carolina, he was a son of the late Baron Simpson and Elizabeth Peeples Smith. He graduated from Estill High School in 1945 and the University of South Carolina in 1949 with a B.S. Degree in Pharmacy. He opened the Peak Pharmacy in 1950. He served as a Newberry County Magistrate for over 30 years.

He married Imogene Counts in 1952 and they enjoyed 65 years of marriage until her death in 2017.

Joe had a great love for his church, his family, his friends, and his community.

Joe served his church, Mt. Hermon Lutheran Church in Peak in every capacity, from Sunday School Teacher to Church Council Chairman. He believed in serving his community, He was recognized for his efforts on many occasions. He was a recipient of the Order of the Palmetto, the highest civilian award given to a citizen of the state of South Carolina. He also received the Bowl of Hygieia Award from the S.C. Pharmacy Association for his many years of community service. Being involved in many service organizations, he was also the recipient of the Melvin Jones Fellow Award from the Lions Club and the Paul Harris Fellow Award from the Rotary. He recently was awarded the Jake and Mildred Fulmer Humanitarian of the Year Award at Newberry Hospital. He had served as President of the Newberry County Development Board and the Newberry County School Board. He was also a supporter of Newberry College and its athletic programs.

Joe was also a lifelong member of Pomaria Ruritan, the Pomaria Masonic Lodge, and Shriners International. Joe was a founding member of the Mid Carolina Country Club and continued to support it throughout his life.

He was a proud graduate of the University of South Carolina and also supported the school in many ways since his graduation. He prided himself for only missing three home football games from 1949 until he was unable to attend in the last few years. He was a faithful member of the Gamecock Club and was awarded the “Legendary Fan of the Game” jacket in 2012. He was a life member of the S.C. Pharmaceutical Association and served on many committees with the USC School of Pharmacy. Joe was awarded the Outstanding Alumnus Award in 1994.

Joe proudly founded the H. Joe and Imogene Smith Scholarship endowment to the USC School of Pharmacy as he hoped to repay his debt to the university for the scholarship he received that allowed him to receive an education and become successful in the profession of pharmacy.

Joe had many other community involvements and continued to be a charitable giver to many organizations and philanthropies.

His love for his family was immeasurable. He was an incredible husband, father, grandfather, great-grandfather, brother, uncle, and friend. He will be sorely missed by them all.

The family would like to thank his caregivers, Debbie Hawkins and Daniele West for their wonderful loving care they showed him these last few months. Joe was a true mentor and inspiration to so many people and his love for others and service to many will always be remembered.