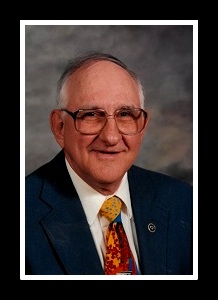 Born on March 7, 1928 Prosperity, he was a son of the late C. Boyd and Eula J. Bedenbaugh. He graduated from O'Neal High School and received a B.S. Degree in Animal Husbandry from Clemson College and was a United States Air Force veteran during the Korean Conflict. He along with his brother David organized Bedenbaugh Seed Company in 1949. He was the past president of Bedenbaugh Realty and Development. He was a member of Grace Lutheran Church where he served as Vice-Chairman of the congregation; Sunday School teacher; he served on church council, and chairman of the building committee. He was the founder of the Mid-Carolina Club which was recognized as being one of the best recreational facilities FHA has ever financed. He was involved in Clemson IPTAY and was Chair Emeritus, Newberry County Development Board, Newberry Farm Bureau, and was Past Chairman of the Newberry County Republican Party. He served with the Department of Agriculture as State Director and served 8 years in Washington as Deputy Administrator over the nations farm programs. At the time, he was one of two South Carolinians to hold an appointed position in Washington. Mr. Bedenbaugh was awarded The Order of the Palmetto. He enjoyed family, sports, playing golf, and community involvement.

Graveside services will be conducted at 3:00 PM Sunday, October 25, 2020 at Newberry Memorial Gardens. The family will have a drive up visitation on Saturday, October 24, 2020 from 5:30 until 7:00PM at the Mid-Carolina Club.