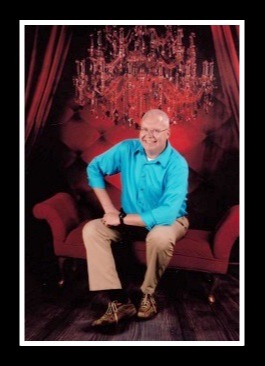 James Edward “Eddie” Shealy, 58, entered into eternal rest on Tuesday, October 3, 2017 at his home surrounded by family, friends and students.

Eddie was born on April 26, 1959 in Newberry to Frances Jean Roland Shealy and Milton Eugene Shealy. He attended Newberry schools graduating from Newberry High School in 1977. During his high school career Eddie learned early on his gift for music and band under the direction of his mentor, Lorraine Paris. Eddie then attended Newberry College obtaining a BA degree in Music Education in 1981. Eddie also was a member of the Spirit of America band for several years, which offered him the opportunity to travel and perform in Europe and across America. This was a world class band Eddie was chosen for from strict auditions and recommendations.

His band career began in Abbeville, SC. After one year with Abbeville, Eddie moved to Charleston where he taught at Middleton High School and West Ashley High School for the next 32 years. Following retirement, Eddie has continued to work with the Hananhan Marching Band and other local high school and college bands.

The influence Eddie had on thousands of students and co-workers is his legacy and words can never measure what gifts he has left behind. Eddie mentored his students to follow their dreams, get the education they needed, reach beyond what they thought they were capable of accomplishing.

Eddie was predeceased by his older brother, Kenneth Eugene Shealy and grandparents, Eugene and Gladys Shealy, and Jim and Bertha Roland.

All former students and co-workers will be honorary pall bearers.

Following the worship service friends may visit with the family in the Fellowship Hall. There will be a private burial at a later date.

In lieu of flowers, memorials may be made to Mayer Memorial Lutheran Church or to the Ruth Pugh Foundation – PO Box 856, Newberry, SC 29108. This foundation supports the Newberry Disability and Special Needs Board programs in Newberry County.

The family will be at the home of Milton and Nettie Shealy, 201 Crosson Street, Newberry.