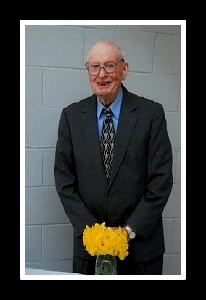 Born on February 3, 1926 in Newberry County, he was a son of the late Allen Samuel Hawkins, Sr. and Louise Stockman Hawkins. He was a World War II Army Veteran,and served in the Military Police. He was a farmer and later retired from Carter and Holmes. He was a member of Ebenezer United Methodist Church where he was a former Sunday School teacher and served as the Finance Chairman for many years. He was a former member of the Newberry County School Board. He loved his family dearly. He had a great love for flowers and always enjoyed working in his big vegetable garden.

He is survived by a son, Wayne Edward Hawkins and his wife Melma of Ninety Six; daughters, Marie Cohen and her husband Jerry of Newberry and Connie Summer of Columbia; a brother, Allen S. Hawkins, Jr. and his wife Betty of Lugoff; grandchildren, Angie(Jeff) Bickley, Michael (Tamela) Cohen; Daniel (Brooke) Summer, Kayla (Zachary) Kennedy, Shannon (Matt) Furlong, and Jennifer Cockrell; 14 great-grandchildren; and 4 great-great-grandchildren. He was predeceased by his wife of 70 years, Dorothy Waters Hawkins and by a brother, Fred W. Hawkins.

Committal services will be held at 2:30 pm Thursday, June 25, 2020 in Newberry Memorial Gardens. The family will receive friends following the service. Memorials may be made to Ebenezer United Methodist Church.