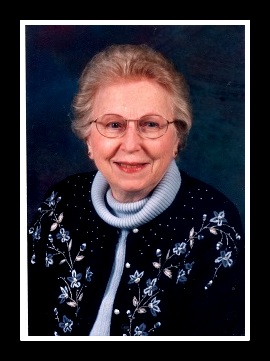 Ethel Doratha Clamp Frick of China Grove passed away on Wednesday, December 13, 2017 at the home of her daughter. She was born March 23, 1925 to the late William A. and Humis Bowers Clamp in Newberry, South Carolina. Her mother died when she was seven and she was raised by an uncle and aunt, the late Norman W. Boozer and Ethel Bowers Boozer of the St. Luke’s community outside Prosperity, South Carolina.

In 1944 she met her future husband, Vernon A. Frick. They were married on June 2, 1946. She worked at the South Carolina Department of Welfare in Columbia while Vernon attended Lutheran Theological Southern Seminary. As a Pastor’s wife, she supported her husband in his various pastoral ministries serving as Choir Director, Organist, and teacher.

In addition to her parents, she was preceded in death by her husband, Rev. Vernon A. Frick, and a grandson, Franz E. Merrell.

Visitation will be held Friday, December 15 from 12:00 N to 1:30 pm in the Dutch Meeting Hall of Union Lutheran Church, Salisbury, NC. The funeral will follow at 2:00 pm with Rev. Jarrod Lanning officiating. Interment will follow in the church cemetery.