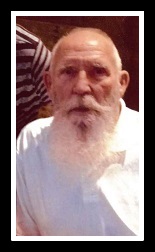 Born on November 16, 1932 in Walcott, IA, he was a son of the late Samuel Richard Burk and Marie Schenpolk Burk Rupp. Mr. Burk served in the US Navy and later retired as a Sargent Major in the US Army. Following his military career he worked for Thomas and Howard and then started his own lawn care business, Burk Enterprises. In his 70's Mr. Burk worked diligently to obtain his PHD in Philosophy. He was a Mason and Shriner. He was a member of Lewis Memorial United Methodist Church, the American Legion and the Newberry Car Buffs. Mr. Burk was the recipient of the 2007 Rotary Lay Person of the Year Award and later joined as a member of the Newberry Rotary Club. He was the founder of the Serenity Chapel and was a strong supporter of Alcoholics Anonymous. Mr. Burk had fifty plus years of sobriety. His work for AA was noted in several articles published in the Newberry Observer and the Newberry Magazine.

Funeral services will be held at 2:00 pm Saturday, October 19, 2019 at the McSwain-Evans Funeral Home by the Rev. Jimmy Counts. Burial will be Monday, October 21, 2019 at Ft. Jackson National Cemetery. Visitation will be Saturday from 12:30 – 1:30 pm at the McSwain-Evans Funeral Home. Memorials may be made to Lewis Memorial United Methodist Church, 1105 First Street, Newberry, SC 29108.