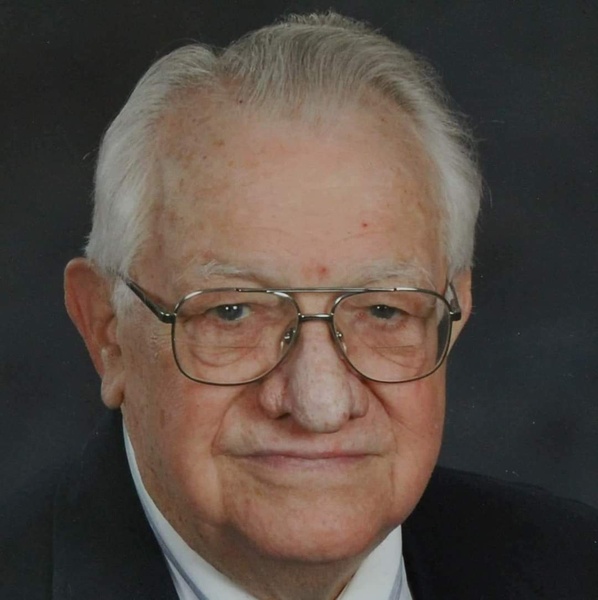 Gordon Stuart Leslie, Jr, 97, widower of Miriam Kirby Leslie, died May 22, 2022, at Newberry County Memorial Hospital.
Born on December 8, 1924 in Newberry, he was the son of the late Gordon Stuart Leslie, Sr. and Della Matthews Leslie.
Mr. Leslie was a World War II Navy Veteran. He served in the Pacific aboard the USS Whitehurst as a signalman. He was on the ship in Okinawa, Japan on April 12, 1945 when a suicide plane attacked the ship. He was injured while 42 of his fellow soldiers perished. Mr. Leslie received a Purple Heart for this mission on May 8, 1945.

In 1949, Mr. Leslie received a B.S. degree in Civil Engineering from Clemson College. Clemson was a very important part of his life where he was an avid football and IPTAY supporter since 1949.

His working career began with his uncle, Irvine B. Leslie, at Leslie & Leslie Architectural Associates. After the death of his uncle, he worked with Cannon Construction Company and then joined Lyles, Bisset, Carlisle & Wolfe. He then began working full time at the part time business, The Leslie Company, he started with his great uncle, T. O. Stewart. The Leslie Company continued providing the sales of fire equipment and apparatus until his retirement.

He was a lifelong member of The First Baptist Church of Newberry where he held many positions including youth department leader, deacon, Sunday school teacher and training union leader.

He was actively involved in his children's activities and served as president of the NHS band and athletic booster clubs.

He and his wife, Miriam, enjoyed traveling in their motor home to Clemson games and other destinations.