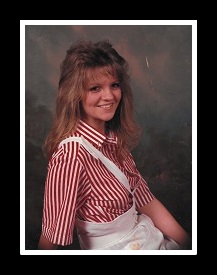 Born on September 13, 1966 in Richlands, VA, she was a daughter of Harold Hess and the late Geraldine Hess. Greta was a faithful and loving person. She loved her family dearly. She was a devout Christian that believed in prayer. She was associated with Larry Huch Ministries.

A graveside celebration will be held at 3:00 pm Saturday, June 19, 2021 in Newberry Memorial Gardens.