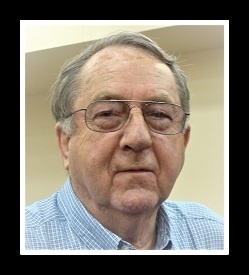 Hitt Watkins Arnold Jr. entered into rest at his home on Lake Murray in the early morning on June 15, 2021.

Hitt grew up in Jackson, SC. After graduating from Jackson High School, he joined the Air Force in 1959 as an air military police. During this time, he excelled as a sharpshooter, obtaining many first-place medals in the 32 nd Air Division and other various pistol matches. After a tour of duty on the DEW Line inside the Artic Circle, Hitt returned to the Aiken Air Force Station.

His professional career included working at SRS, Continental Can Company in Augusta, GA developing the thermomechanical pulp process and later assisted with building TMP Mills in Ashland, VA and Grenada, MS. Upon retirement in 1994, Hitt resided to the Gulf Coast in Magnolia Springs, AL. before later relocating to Lake Murray in Prosperity, SC, to be closer to his family and friends.

Hitt was an avid hunter, fisherman, and outdoorsman. His true passion was saltwater fishing. He received a plaque from North Carolina for catching a White Marlin off the coast of Hatteras. He was, above all else, a devoted husband, father, granddaddy, great-grandaddy, and friend.

A memorial service will be held at 2:00 pm Saturday, June 26, 2021, at the McSwain-Evans Funeral Home. The family invites everyone to visit with them following the service at the home.

The family wishes to express their appreciation to: Dr. Thomas Bradberry and the Remain At Home team: Ryan & Jessie Williams & Kellie Carroll, and Dr Klassen; MUSC Lung Transplant Team (Dr. Mullins); and the MUSC Cardiothoracic Group (Dr. Denlinger & Dr. Gilpin) for the care of our loved one.