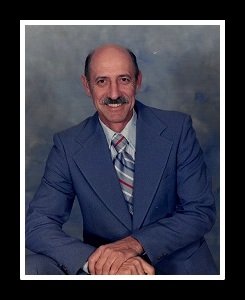 Born on July 18, 1940 in Greenville, he was a son of the late J. W. and Annie Kesterson Garnett. He was a U.S. Army veteran. Mr. Garnett previously worked for Acres Motor Lines in Belmont, NC and later retired from Bundrick Trucking. He was a member of Trinity United Methodist Church where he was a member of the Men's Club. He enjoyed farming, swinging on his front porch and was always tinkering with something new.

Funeral services will be held at 11:00 am Tuesday, December 10, 2019 at the McSwain-Evans Funeral Home Chapel by the Rev. Charles Wilbanks. Burial will follow in Newberry Memorial Gardens. Memorials may be made to Trinity United Methodist Church, 1167 Trinity Church Road, Newberry, SC 29108.

Active pallbearers will be Nephews.