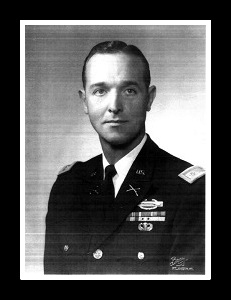 Howard Nixon Parks, 91, devoted family man and dear friend to many, passed away on August 4, 2019 in Atlantic Beach, Florida.

Born March 25, 1928 to Thomas Nixon, Jr. and Ethel Parks in Newberry, South Carolina, Howard attended Newberry public schools and was graduated from Newberry High in 1945. While in high school, Howard was active in the Boy Scouts of America earning the rank of Eagle Scout and was inducted into the Order of the Arrow.

In 1945, Howard enrolled in the Virginia Military Institute, and in 1946 after completing a year and a half, he received an appointment to the United States Military Academy at West Point, New York, from which he was graduated in 1950.
Upon graduation, he was commissioned to the Infantry Branch of the United States Army . Howard served for 24 years attaining the rank of Lieutenant Colonel. His service with the army included a tour in Korea where he was wounded and multiple tours in Vietnam where he served as a military advisor. Assignments in the United States included tours at Fort Benning, Georgia, and the Pentagon in Washington, D.C.
Howard was Airborne and Ranger qualified. He was graduated from the U.S. Army Command and General Staff College in Fort Leavenworth, Kansas. Highly decorated, he received the Legion of Merit, the Bronze Star , a Purple Heart , Combat Infantryman Badge, Airborne Wings and the Ranger Tab.

After retirement, Howard lived in the Jacksonville, Florida area and summered in his home in Asheville, North Carolina for many years.
Howard was highly educated, cosmopolitan and urbane.

He never tired of educating himself. Following the military, he received an MBA from the University of North Florida in 1981. He was very widely read and always sought out new levels of knowledge.

Howard was comfortable skiing in the Italian Alps or the western United States, scuba diving in the Caribbean and the Greek isles or enjoying Wagner on his frequent visits to Bayreuth. He loved big-game watching in the south of Africa. His many trips abroad included to Europe, Asia, Africa, Australia, South America, Canada and Mexico and he sailed wherever he could. Howard always sought out the culture, history and learning.

While at the Pentagon, he was proud to have been frequently called upon to attend various White House social affairs as a social aide in the Johnson Administration. Always a gentleman, he loved to entertain especially during his long summers in Asheville. Invitations to Asheville were much appreciated by all who received them, and all who visited have fond memories of Howard as the ultimate host.

Never one to enjoy the fruits and let others do the work, Howard always made a contribution. He strove to support the social, cultural and outdoor organizations wherever he was and, after retirement, especially in Asheville and North Florida. His efforts, leadership and skills were highly valued. While stationed at Fort Benning, he joined the Civitan Club of Savannah and was called upon to serve as, and did serve as, the District Governor from 1960 to 1962. He actively supported many charitable organizations in Jacksonville. He was a member of the Riverside Baptist Church in Jacksonville serving as a deacon and Sunday school teacher. He loved to sing in the choir.

In lieu of flowers, memorials may be made to the charity of one's choice.

Graveside services will be held at 1:30 pm, Saturday, January 18, 2020 at Rosemont Cemetery, Newberry.