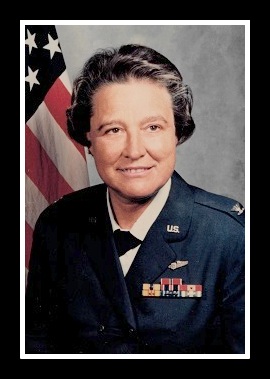 Born on August 20, 1924, in Newberry, to the late Clarence A. Shealy, Sr. and Bertha Jones Shealy. She graduated from Newberry High School and completed a two year course at Newberry College. She assisted our World War II efforts in Washington, DC and then she graduated with a nursing degree from Columbia Hospital. Miss Shealy then joined the US Air Force in 1953 and served during the Korean War and Vietnam War. She spent eighteen months in Vietnam serving with a MASH Unit. While serving in the military she obtained her Masters Degree in Nursing from the University of Maryland. She then participated as a flight nurse between Frankfurt, Germany and Washington, DC. After 22 years of service she retired with the rank of Colonel.

Funeral services will be held at 3:00 pm Saturday, January 6, 2018, at the McSwain-Evans Funeral Chapel by the Rev. William Hightower. Burial with full military honors will be held at Rosemont Cemetery. Visitation will be from 1:30 – 2:30 pm at the McSwain-Evans Funeral Home. Memorials may be made to Epting United Methodist Church, 1401 Milligan Street, Newberry, SC 29108 or the charity of one's choice.

Active pallbearers will be nephews.