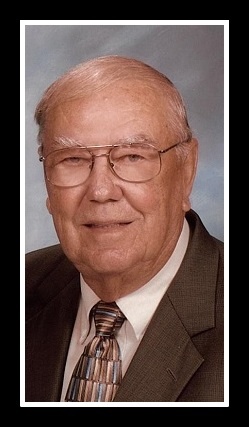 James Ellis “Jim” Metts , 85, died Wednesday, March 6, 2019 at his Lake Murray home surrounded by his beloved family. Born in Prosperity on Nov. 26, 1933 he was the son of the late James Clifford Metts and Lucille Metts Epting.

He received his education at Prosperity High School where he played baseball, basketball, and football. He attended Newberry College. Jim was employed with SCE&G for six years and was a partner in the first food store in Chapin, the Chapin Red & White. In 1978 Jim started his own company, Metts Claims Service, and worked until retirement in 1997.

Jim was an active member of Mt. Horeb Lutheran Church since 1964, having served several terms on church council. He also served his church as a youth advisor, as a bus driver, and on various committees. He was a member of the Interaction Sunday school class, the Lutheran Mens Club, and the Leisure Timers.

Jim was an avid sports fan. He was a former president of the Chapin Eagle Club (Athletic Boosters) and was a member of the Newberry Indian Club. He loved Gamecock football and went to games both home and away for many years. He considered it a great weekend when he was able to attend a Chapin HS game on Friday and either a Newberry or USC game on Saturday. In later years one of his most favorite pastimes was attending any event in which his grandchildren were participating.

Jim was a proud South Carolinian, enjoyed boating on Lake Murray, and was a member of three camping clubs. He loved to travel and had been to all 50 states, as well as most of the Canadian provinces.

Surviving are his wife of 60 years, Phyllis S. Metts, a son, James E. (Jimmy) Metts, Jr. and his wife, Lauren of Ballentine, a daughter, Susan “Dennie” Bedenbaugh and her husband, Todd of Prosperity, and the joys of his life, his three grandchildren, Madison Metts, Corey Bedenbaugh, and Jay Metts. Also surviving are a nephew, Gabe Metts, and a niece, Morgan Straws. He was predeceased by a brother Phillip D. Metts and an infant son.