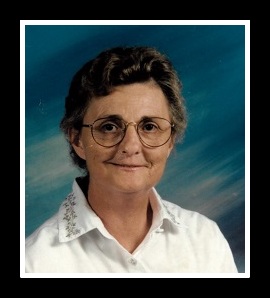 Joan Edith Hartman age 76 of Prosperity, South Carolina, died peacefully in her sleep at home in the early morning on Wednesday, February 21, 2018.

Born on July 28, 1941 in Milwaukee, WI, she was the daughter of the late George and Irene Grandquist Vlach. Besides being a parent to five men, Miss Joan Hartman worked in law enforcement, worked in real estate sales and was an assessor and appraiser. She also worked for other city, state and federal government agencies. Miss Joan moved to Newberry County South Carolina in the early 1990's where she worked as a teacher. Joan Hartman accepted Jesus Christ as her savior and has been described by friends as a 'prayer warrior'. She was a member of Faith Temple in Chappells.

She is survived by her five sons, Kenneth Hartman of California, Dr. John Hartman of Wisconsin, Daniel Hartman and Michael Hartman of Michigan and Aaron (Lori) Hemmer of Georgia. She was loved by eleven grandchildren and many, many other relatives and friends. She was predeceased by a sister, Georgene Allread.

Funeral services will be held at 11:00 am Tuesday, February 27, 2018, at Faith Temple conducted by Pastor Tony Whatley. Interment will follow in the church cemetery. Visitation will be Monday from 6:30 – 8:30 pm at McSwain-Evans Funeral Home.