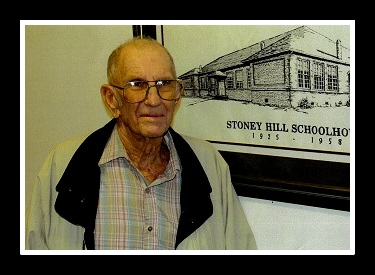 John David Lake, 86, passed away at his home on Tuesday, January 26, departing peacefully from this life.

Johnny was born on January 5, 1935 to Herman Eugene and Mattie Enoree Metze Lake in the Stoney Hill section of Prosperity. He attended Stoney Hill School and Prosperity High School, graduating in 1952. He married Bertha Farr Lake on July 14, 1957, after enlisting in the armed services earlier that spring; he served in the US Army Signal Corps. Johnny was retired from A & L Logging, Inc., the business that he and his brother-in-law, the late Heyward Amick, co-founded in 1975.

Johnny is of the Lutheran faith and was a lifelong member of St. Peter (Pineywoods) Lutheran Church in Chapin. He was a member of the Fellowship Sunday School Class and served on the Church Council and various committees over the years.

In addition to his wife of 63 years, Johnny is survived by a daughter, Denise (Dave) Lake Sedon of Clermont, FL; a son, H. Neal (Shirley) Lake of Prosperity; a sister, Gaynell Amick and two brothers, Alton (Ruby) and Larry (Emily) Lake. He was proud Pop to granddaughter Bridgett (Michael) Lyles, grandsons Drake Johnson and Austin Lake, step-granddaughter Brandi (Crystal) Viera, two great-grandchildren and four step-great-grandchildren, along with a host of extended family members and friends. Johnny’s oldest son, David A. Lake, preceded him in death.

Special thanks to Pastor Dave Tholstrup and the staff of Amedisys Hospice Care. Johnny believed in the almighty power of prayer without question; he spoke of it often. To all who have offered up prayers on his behalf, the family is exceedingly grateful.

For those who wish, a viewing will take place at McSwain-Evans Funeral Home in Newberry on Thursday, January 28 between the hours of 11:00 am and 5:00 pm. A graveside service will be held at 2:00 pm on Friday, January 29, at St. Peter Lutheran Church, 900 Dreher Island Road, Chapin, SC 29036 by Pastor David Tholstrup, with burial in the church cemetery. For the safety of all, face coverings and social distancing are strongly encouraged. Memorials may be made to St. Peter Lutheran Church.

I have fought the good fight, I have finished the race, I have kept the faith. - 2 Timothy 4:7