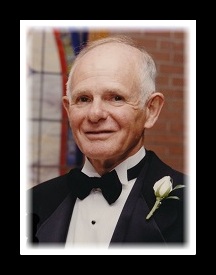 LUGOFF - Lawrence Crandall “Larry” Patrick, 89, was born in Valero, California in 1932 and passed away at home on Sunday, August 15, 2021. He was the son of the late Rachel and Roy Patrick of Williston, S.C. Larry was a graduate of Summerville High School and then served in the United States Navy from 1951-1954 and played baseball for the Admiral’s team.

After the Navy, he went to Newberry College on a baseball scholarship. He was a left-handed pitcher. Larry majored in chemistry, was president of his senior class, and was a member of Kappa Phi and Chi Beta Phi in College. He began his career as a chemist in Kingstree. He taught youth boys Sunday School at the First Baptist Church. This became the beginning of his interest in young people. He worked part time for the recreation department as a volunteer football coach. In 1965 he earned the title of “Outstanding Young Men of America”.

Larry decided to further his education and earned his master’s degree in education from the University of South Carolina and taught school for Kingstree Elementary where he later became principal. In 1972, Larry accepted the principal job at Lugoff-Elgin Middle school where he worked until his retirement in 1993. He was member of St. John’s United Methodist Church. He was also a member of the Lions Club, the Optimist Club, Gideons International and served as a church speaker for the Gideons. He was an avid runner and enjoyed playing golf and fishing.

A service to celebrate Larry’s life will be held on Thursday at 11:00 a.m. St. John’s United Methodist Church, Lugoff, with the Rev. Angela Marshall and the Rev. David Robinson officiating. Burial with Military Honors will follow in Rosemont Cemetery, Newberry, SC. The family will receive friends Wednesday 6-8 p.m. at Powers Funeral Home. In an effort to keep a safe environment, please wear a mask.