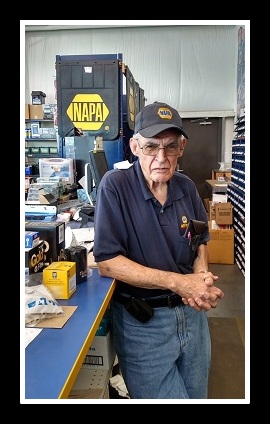 Born on July 1, 1936 in St. Matthews, he was a son of the late Capers Maxie and Gladys Millender Lever. He served in the S.C. National Guard and was retired from Young Chevrolet and NAPA of Newberry. Mr. Lever was a member of Enoree Baptist Church where was Deacon Emeritus after serving in that capacity for over 53 years. He was a Shriner and a Mason.

Funeral services will be held at 3:30 pm Wednesday, April 24, 2019 at Enoree Baptist Church by the Rev. George Leagan and Rev. Mike Driggers. Burial will follow in Newberry Memorial Gardens. Visitation will be Tuesday from 6:00 – 8:00 pm at McSwain-Evans Funeral Home. Memorials may be made to Enoree Baptist Church, c/o Kathy Leitzsey, 1245 Leitzsey Road, Pomaria, SC 29126 or to the Shriner's Hospital, 950 W. Farris Road, Greenville, SC 29605.