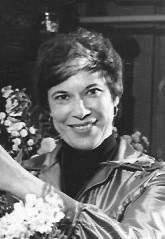 Lee Martin Woolbright, the widow of Cecil Perry Woolbright, peacefully entered into the presence of our Lord on Sunday, December 12, 2021.

Mrs. Woolbright was born on March 18, 1928, to the late Rosa Turner Martin and Henry David Martin in Columbia, SC.  She graduated from University High School where she excelled in Basketball.  She began her career as a floral designer at The Blossom Shop where she worked for many years before opening her flower shop, Woolbright’s Flowers, on Main Street in Newberry, SC.

Mrs. Woolbright was honored throughout her career for her talent and dedication including serving as President of the Midlands Florist Association, President of the SC Florist Association, and being selected to decorate the SC Governor’s Mansion, The Lace House, the former Summit Club, Santa Catalina’s Palace (official residence of Governor of Puerto Rico), and the White House at Christmas under President Gerald Ford.

Mrs. Woolbright dedicated her life to her family, supporting high school sports, gardening, and making the world beautiful with flowers.  Even in her final days when her memories began to fade, she would always greet everyone with, “I have three sons.”  She was predeceased by her beloved husband, Cecil, and her only sibling, Henry Martin.