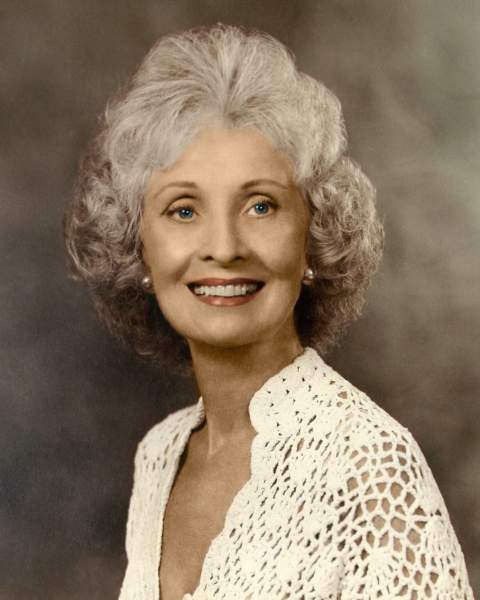 Margaret Harris Brackett, 100, of Newberry, SC died Friday, August 19, 2022 at her residence. Her body was donated to The Medical University of South Carolina School of Medicine Department of Anatomy, Charleston, SC. A memorial service will be held at 10:00 am Saturday, September 24, 2022 at St. Luke's Episcopal Church. Margaret was a member of St. Luke's Episcopal Church, Newberry, and an associate member of Grace Lutheran Church, Prosperity, SC.

She resided in Newberry County for over 50 years and was the wife of the late Glenn Dewey Brackett.

Mrs. Brackett promoted scholarship pageant competitions in Newberry County beginning in 1969 for 18 years to assist young women to earn scholarship aid in furthering their education. She chartered the Newberry Junior Miss Scholarship Program, serving as executive director and producer for 14 years. The Newberry Junior Miss Program was awarded National recognition as having America's Outstanding Local Chairman – selected one in five of the top Junior Miss Programs in the U.S. The SC Senate issued a Certificate of Appreciation to Mrs. Brackett for this honor. Margaret was also executive director/producer of the Newberry County Scholarship Program, involving youth from 6 years to 19 years.

Margaret Brackett produced annual musical productions beginning in 1979 at the Elks National Home, Bedford, Virginia for 14 years. Retired Elk residents of the Home were entertained at local theater with talent from five states during the Easter holidays. Instructors and professionals in entertainment assisted her.

Eighteen years of pageant activities at every level provided Brackett expertise knowledge, experience required for a pageant judge. She was a well-known judge of pageant activities throughout the southeast, and was named WHO'S WHO IN PAGEANTS, featured in the publication “Pageantry” as outstanding judge in U.S. and was a member of the National Judges Association.

Mrs. Brackett continued her dedication to service of others by joining the Rape Crisis Network in 1994, and was active in the Sexual Trauma Services. She provided direct services to victims of sexual assault in Newberry County where victims' services are often limited due to the rural nature of the area. In addition to direct victims services, her fund raising and public education were major contributors to increased programming and public awareness in Newberry County.

Margaret was active a MADD South Carolina volunteer for over two decades. She is a nationally certified MADD Victim Advocate, and was instrumental in the establishment and charter of the MADD Newberry County Chapter that flourishes today. She served as Coordinator of the local chapter. In her position as MADD Victim Advocate, she interacted directly with drunk driving victims and provided a multitude of services. The annual Candlelight Vigil of Remembrance and Hope is coordinated in November for area victims of drunk driving. Mrs. Brackett was actively involved in MADD community education programs, blanketing Newberry County with Red Ribbons in December, Prom and Graduating activities in the spring and continuous publicity of drunk driving issues and legislation through radio and press releases published by local newspaper, Newberry Observer.

Newberry NOTES with Margaret BRACKETT was composed weekly by Margaret for the Newberry Observer highlighting topics locally and statewide that educated and enlightened the public.

Mrs. Brackett received numerous special recognitions during her lifetime. Including, the Order of the Palmetto, the highest honor awarded a South Carolina citizen, given to her by Governor Mark Sanford; The Palmetto Patriot award given to her by Lt. Governor Andre' Bauer as she represented Newberry County as the Silver Haired Legislator and served on the Governor's Advisory Council on Aging.

Margaret was a special lady who lived her life philosophy of caring and giving every day. She was a lady who saw a need and made a difference. Service was woven into Margaret's pattern of life with a thirst for thoughtfulness, kindness and understanding. Her comment - “To fulfill a need, one learns to open the heart and give without requiring in return. The world can move forward because of those who offer themselves as volunteers. Service is our payment to God for the privilege of living.”

Other services and honors bestowed upon Margaret include Arbitrator for Eighth Judicial Circuit, Board of Visitors at Piedmont Technical College, Member Phi Kappa International Honorary Society, Newberry Opera House volunteer where she assisted with composition of publications promoting performances, Sistercare Steering Council, Newberry Pistol Club, a voting poll manager, was recognized in 2008 by the South Carolina Senate and House as Senior of the Day, member of the Newberry Coalition through Community Action for a Safer Tomorrow.