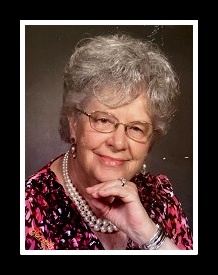 Martha Dell Shealy Bowers of Prosperity, SC passed away on October 31, 2020 in Dyer, TN. She was a kind, giving and loving person; a devoted mother, grandmother, great-grandmother and a friend to many. She was a member of Wightman UMC in Prosperity, and was retired from the Newberry County Treasurer’s Office. At Dyer Nursing and Rehabilitation Center where she spent her last two years, she was elected as president of the Residents Council and was also the official greeter for new residents.

Family and friends may pay respect by viewing and signing the guest register for Mrs. Bowers on Thursday, November 5, 2020, at Wightman United Methodist Church from 10:30 am - 12:30 pm. A  public graveside  service will be held at 3:30 pm Thursday at Newberry Memorial Gardens. Donations may be made to the Alzheimer's Association, 140 Stoneridge Drive, Suite 210, Columbia, SC 29210.

Due to COVID 19 masks are required.