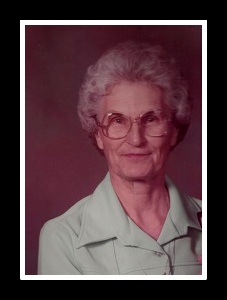 Born on February 5, 1923 in Newberry County, she was a daughter of the late Cay and Essie Adams Baker. Mrs. Trammell was retired from Kendall Company, Oakland Plant, Shakespeare and Wal-Mart. She was a faithful member of Bush River Baptist Church until her health declined