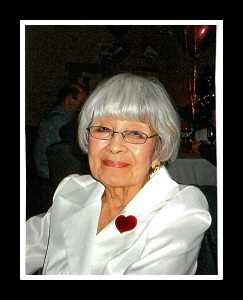 Moto Sugihara Howe, 94, passed away peacefully on February 4, 2020 in Newberry SC. Born in Gifu, Japan, on July 24, 1925 she was the daughter of Ryoji Sugihara and Toki Sugihara, late of Gifu, Japan. She was married for more than 54 years to the late Henry D. Howe Jr. [MSgt US Army]. She was predeceased by her brothers, Zembe Sugihara, Motoji Sugihara and sisters, Haruko Sugihara, Toshiko Sakuma and Aki Fujiyoshi; as well as brothers-in-law and sisters-in-law; Charles E. Howe and Pauline Douglas Howe; Ray Samuel Howe and Freda Grant Howe; Frances Patricia Howe Jackson and Donald J. Jackson. She is survived by her half brother, Mitsu Sugihara and half-sister, Fumiko Sugihara as well as her children, Rose Marie Favors (John Favors), Henry D. Howe III (Sonja Chomycia Howe); David A Howe; and seven grandchildren and six great-grandchildren. She was aunt to numerous nieces and nephews, who live in Japan, the United States and elsewhere. She is also survived by many dear friends, one of whom is Hiroko Craig (Carl Craig Sr) of Columbia, SC.

As a teenager in war-time Japan, Moto endured many hardships but maintained a positive attitude and enery that lasted throughout her life. She met her future husband, Henry, while he served with the US Occupation Forces Japan.

After a considerable amount of government red-tape, Moto and Henry married and moved to the U.S. Moto lived with Henry's parents, Edith and Henry D. Howe, Sr, in Chester SC while he preceded her to his duty station in Germany.

While in Chester, Moto audited high school classes in US history and English; she learned to drive; and Edith taught her to be a great Southern cook. Moto became a US citizen in 1954. During her stay in Chester, Moto accepted Jesus Christ as her Lord and Savior and was baptized.

Moto joined Henry in Germany and began her journey as an Army wife, settling in Columbia after his 26 years of service. Their children were born in Germany, Massachusetts and Iran.

Throughout her time in Columbia, Moto was a Boy Scout mom, a baseball mom and a part-time employee of a greeting card company. She was a devoted member of Rehoboth United Methodist Church where she participated in countless activities and sang in the choir. In 2010, she was elected Rehoboth Women of the Year.

In her later years, Moto became know to hundres of people who followed her adventures and stories over social media. Her “Miss Moto Moments” brought her great joy and introduced her to a whole world of new friends, her “global fan club.”

Moto's family thanks the staff of JF Hawkins (Folk Unit) and Springfield Place, both of Newberry SC, as well as Dr. Oscar Lovelace, Dr. Spencer Lovelace and their staff of Prosperity SC. She was blessed by their care and compassion; her family was blessed by them also.

In lieu of flowers, donations may be made in Moto's honor to Rehoboth United Methodist Church Music Ministry.