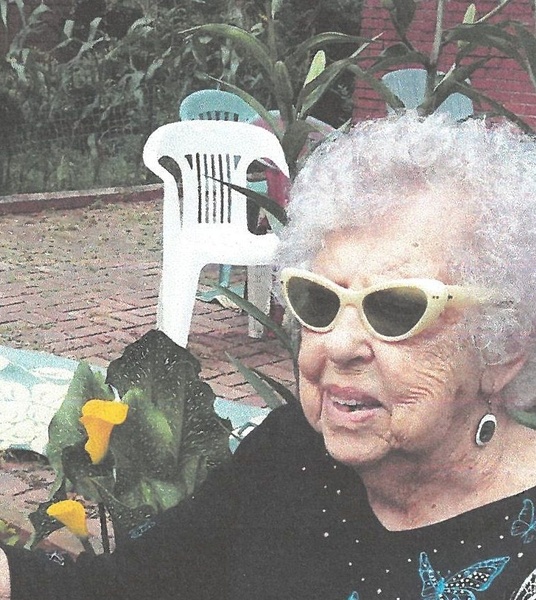 Born on July 2, 1924 in Morgantown, WV, she was the daughter of the late Wesley and Charlotte Frum Gray. She carried a strong work ethic all of her life. Since she never met a stranger she was well suited for working at Ramada Inn Sales on the Space Coast of Florida. She loved working with groups and the local churches with their many events.

She had been a Newberry resident since 2015. All who met her loved her spunk and spirit. She was a generous soul who would never travel without treats to share with everyone. She was always gracious to those who visited her home. Nellie lived with and was a joy to her daughter and supervised the cooking and gardening. Christmas was her favorite time of year and birthday pool parties with family in Matthews, NC were special as well.

Some of her happiest times came when she would tell that all her children, grandchildren and their spouses were all employed with good jobs and healthy. “It's truly remarkable,” she would say.

Nellie is survived by sons, John Edward “Ed” DeBerry and Gina Lucas and Richard Gray “Rick” DeBerry and Pam all of Matthews, NC; a daughter, Sharon Lee DeBerry of Newberry; six grandchildren and eleven great-grandchildren. She was predeceased by a sister, Georgia Cook.

A celebration of life service will be held at a later date.