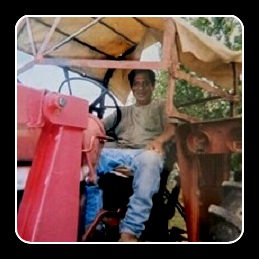 Orville Noah left this earth on June 27th, 2021, at the age of 68 at the home of his daughter, Kelly Jean VanArsdell in Pomaria. He was born on July 19th, 1952, in Battiest, OK. Orville was preceded in death by his beloved wife Linda Noah; his mother Thelma Izan Carnes.; sisters; Gladys Standridge, Mary Jane Pippin, and brothers; Jerry Noah, and Glen Dale Noah.

Orville was born and raised in Battiest, OK, where he met and married, Linda Morris, on June 1st, 1979. Together they raised their four kids in Battiest, until the early 80’s when he moved his family to the Hugo area. He and his wife also raised his grandson, Jerry Dale Noah, until he lost his wife of 33 years, Linda on January 27th, 2011. He and Jerry lived in Hugo until 2018. Even though he loved being close to his children, Roger, Gerry, and Michelle, he decided to move to South Carolina to finish out his days with his daughter, Kelly, his son-in-law, his grandchildren, and great grandchildren.

Orville was a logger and a rancher. He enjoyed watching western movies, going out to eat with his family, working on cars, and baling hay. He used to say, “there is just something about being on a tractor.” and he would do mechanic work for anyone who needed it. He loved sports, baseball, wresting, basketball, and football. He even coached his son’s team then his grandson’s team. He adored his children, grandchildren, and great grandchildren, loving to play pranks on them.

Orville would help anyone in trouble, especially his family. He would move heaven and earth to help them. He is and will be missed by all who knew and loved him.

Orville is survived by his children Roger Noah of Ft. Smith, AR, Gerry Noah, of  Soper, OK; Jerry Dale Noah, of Newberry, SC; Kelly Vanarsdall, Pomaria, SC and Michelle Noah, Hugo, OK; ten grandchildren, and four great grandchildren; along with a host of other family, friends and loved ones.

Miller & Miller Funeral Home of Hugo, OK will be handling arrangements in Oklahoma.