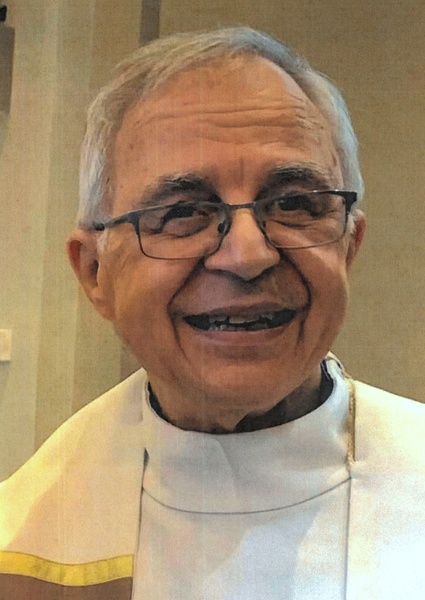 Pastor Eddie Cloma Miller, Jr., died suddenly  at Lexington Medical Center in Lexington, South Carolina on Monday, August 8. 2022. His beloved Kate was at his side, holding his hand.

Pastor Ed was born December 5, 1947, in Newberry, SC. He was the oldest child of the late Eddie Cloma Miller, Sr. and Mae Amick Miller, both of Newberry SC.

Pastor Ed graduated from Newberry High School in 1966. Immediately following high school,  he enlisted in the US Air Force, and served two tours of duty in Vietnam and Southeast Asia. He was a member of the Air Commandos Squad. Ed was a Crew Chief and was proud of the fact that he "never lost a plane to mechanical failure -  some, however, were shot down."

Upon his discharge from the Air Force, Ed enrolled at Newberry College. After graduating from Newberry, he began the Masters Degree in Divinity program at Lutheran Theological Southern Seminary in Columbia, SC. He was ordained a Pastor on August 7, 1977 at his first call, St. Mark's Lutheran Church in Saluda, SC.

Pastor Ed served at St. Marks and Corinth Lutheran churches in Saluda, SC, and then as a Chaplain in the US Army at Ft. Polk in Leesville, Louisiana. Pastor Ed's heart was always in parish ministry, and he returned to the parish.

In addition to serving as Dean of every conference where his churches were located, Pastor Ed was an active member of the communities where he served, working with Boy Scouts, Mental Health and Substance Abuse Boards, volunteering at Nursing Homes and public and private schools.

Pastor Ed began to study painting after he retired and was very talented. He also enjoyed reading, listening to books on tape, and traditional bluegrass.

Pastor Ed was predeceased by his parents; his brother David, and his sister Diane.

He is survived by his beloved wife, Katheryn (Kate) Power; his brother James Richard  Miller; and sisters Linda Miller Cook (Marty) and Sandra Miller; all of Newberry and nephews, nieces, and great-nephews and great-nieces. In addition, Sheba the cat is missing him very much.

Ed had Parkinson's Disease which was caused by exposure to Agent Orange in Vietnam and southeast Asia.

In addition, he had recently developed Macular Degeneration and was losing his sight.

Memorials may be made to the church or organization of your choice.

Blessed are the Saints who die in the Lord!