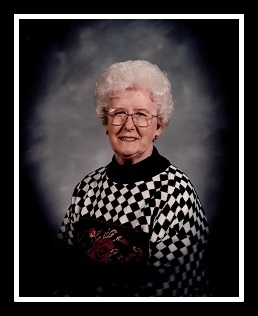 Born on September 26, 1932 in Newberry, she was a daughter of the late Henry and Annie Mae Sligh Rankin. She worked at Damon International for a number of years and later retired from Old School Manufacturing Co. She was a member of Cannons' Creek-Prosperity Associate Reformed Presbyterian Church for over 75 years. She was a member of the Ladies Missionary Society and a former choir member.

Funeral services will be conducted at 4:00PM Sunday, August 5, 2018 at Cannon's Creek-Prosperity A.R.P. Church by the Rev. Brett Blackman. Burial will follow in the church cemetery. The family will receive friends Saturday from 4:00 until 6:00 PM at the McSwain-Evans Funeral Home. Memorials may be made to Cannon's Creek-Prosperity A.R.Presbyterian Church, 14417 C.R. Koon Highway, Newberry, SC 29108.

Honorary pall bearers will be the Staff of Ward 1 at White Oak Manor.

A note of remembrance may be written to the family by clicking the “Add Comment” link below.