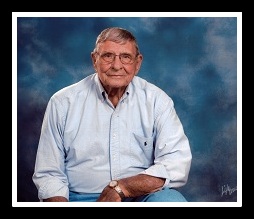 Born on May 20, 1931, he was a son of the late N. P. and Ruth Ward Riser of Leesville. Pick graduated from Batesburg-Leesville High School in 1949 and Newberry College in 1953. He received his Master of Education in Supervision from Western Carolina University.

Pick played only two seasons of high school baseball but made the most of it where he led the Panthers to the 1948 and 1949 Class A State Championships. In 1948, he struck out 22 batters during his first game of pitching.

Pick was a left-handed pitcher for the Indians for four years. He had 24 wins in his career and when he wasn't pitching he played first base and had a lifetime batting average of .304. Newberry College won the College State Championships in 1951 with a 20-0 record. In 1951 and 1952, Pick was selected on the All State Team. All four years Pick was on the Indian Baseball team. During that time Newberry College won the Little Four Championship. In 1953, he won 7 games and lost 1 and was considered the top college pitcher in South Carolina in both 1952 and 1953. Pick was Vice President of the Block 'N' Club in 1952 and treasurer of the Block 'N' Club in 1953. Also, he was chairman of the Men's Council in 1952.

During Pick's college years he was a member of the Textile League for the Circle Team where he played a major role as a pitcher and first baseman. In the championship game for the Anderson County League Final Game, Pick was flown by a fan, Emmett Manning, in his private plane from Newberry College to Calhoun Falls in time to pitch in the game. He only allowed five hits in a complete game to claim the championship.

Following his college graduation, Pick entered the Army where he served for two years. After his honorable discharge from the Army he settled in the St. Philip's Community of Newberry County and became a member of St. Philip's Lutheran Church. He served as a church councilman, a Worship and Music Committee Chairperson, and a youth Sunday School teacher. He was a founding member of the St. Philip's Fire Department. During summer vacations, he coached various baseball teams including the Newberry American Legion Team.

He is survived by his loving family which includes his daughters, Pam Riser (Ed) Branham and Donna Riser (John Vince) Branham all of Newberry; and his grandchildren, Chris (Camryn) Branham, Kyle (Michelle) Branham, Andrew (Samantha) Branham, Amanda Branham (Talbott) Tomsey, and Lane Branham all of Newberry. Pick also delighted in his great-grandchildren; Kinsley, Cooper, Lucy, and Hollis Branham; Bristol, Collin, Avery, and Dakota Tomsey; and Brynlee Gillespie. Included in Pick's loving extended family are his sisters Peggy (Tony) Ridgell and Kay Riser Fallow; his sister-in-laws Patty Hite Ruff and Lunelle Ruff Harmon, an aunt O'Dette Baird, as well as a number of nieces, nephews, and cousins. He was predeceased by his brother, Ellis Riser.

Visitation will be held at McSwain-Evans Funeral Home in Newberry on Wednesday, June 19, 2019 from 5:00pm-7:00pm. Funeral services will be conducted at St. Philip's Lutheran Church, Newberry on Thursday, June 20, 2019 at 2:00pm. Burial will follow in the church cemetery.