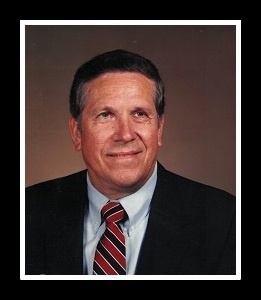 Born on September 29, 1927 in Newberry County, he was a son of the late James Edward and Eunice Brehmer Johnson. Mr. Johnson was a graduate of Presbyterian College and attended the University of South Carolina. He was a combat veteran of the Korean War having served with the 180 th Regimental Combat Team of the 45 th Thunderbird Division. He spent fourteen months in Korea.

Mr. Johnson was a rural letter carrier for the United States Post Office. He received his thirty-five year pin in November 1992. He was a member of the Newberry County, the South Carolina and the National Rural Letter Carrier Associations where he was active for a number of years.

Mr. Johnson was a lifelong member of Little River Dominick Presbyterian Church where he had taught Sunday School for four decades, served as an Elder and was a founder and chairman of the church cemetery trust fund committee.

He was a member of the Copeland-Davidson Post number 56 of the American Legion in Clinton, SC. He held the offices of Adjutant and Chaplain. He holds a life time membership in the DAV. Active in civic and community affairs, he was a member of the Clinton Kiwanis Club, the Bush River Young Farmer's Association, the Newberry County Cattleman's Association, the Newberry County Farm Bureau and the Hopewell Game Association.

He owned and operated a cattle farm in Kinards and was a Certified Tree farmer.

Funeral services will be held at 11:00 am Saturday, September 19, 2020 at Little River Dominick Presbyterian Church. Burial will follow in the church. Memorials may be made to the church cemetery trust fund, c/o Gloria Owens, 2566 Sandy Run Creek Road, Kinards, SC 29355.