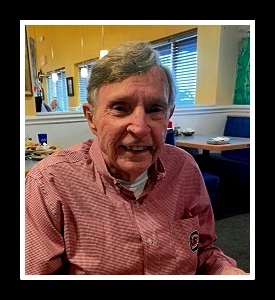 Born on August 25, 1929 in Newberry, he was a son of the late Reedy Edward and Nettie Lucas Kyzer. Mr. Kyzer worked for Kendall Company and later retired from Greenwood Mills. He was a lifelong member of Lewis Memorial United Methodist Church where he was the oldest member and was very active until his death. He sang in the church choir and held numerous church offices during his lifetime. He was an avid Carolina Gamecock fan.

Visitation will be Wednesday, February 5, 2020, from 12:30 – 1:30 pm at Lewis Memorial United Methodist Church followed by the funeral service at 2:00 pm to be conducted by Rev. Jimmy Counts. Burial will follow in Newberry Memorial Gardens. Memorials may be made to the church, 1105 First Street, Newberry, SC 29108.