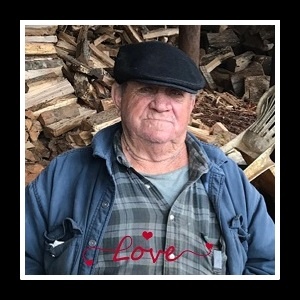 Richard Carroll “Pop” Kinard, 83 of Chapin was called home to be with his Lord, Jesus Christ on Friday, August 14, 2020.

Born on August 23, 1936 in Little Mountain, he was a son of the late John and Mildred Bundrick Kinard. He was the co-owner of Kinard Logging until his retirement 12 years ago. He was a lifelong member of Chapin United Methodist Church. He had a big heart, he was very generous and would always help those in need. He enjoyed splitting wood and spending time with friends and family.

He was predeceased by two brothers, two sons-in-law, a grandson, and a great-granddaughter.

Funeral services will be conducted at 11:00 AM Monday, August 17, 2020 at the McSwain-Evans Funeral Home Chapel by the Rev. Eddie Bledsoe. Burial will follow in Newberry Memorial Gardens. The family will receive friends from 9:30 until 10:45 AM on Monday at the funeral home. Those attending are asked to wear a mask and follow the Covid 19 guidelines. In lieu of flowers, memorials may be made to the Hope Lodge, 269 Calhoun Street, Charleston, SC 29401.