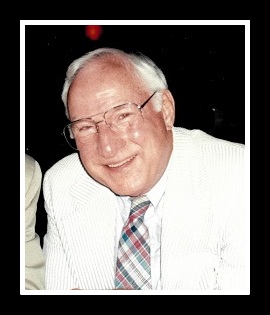 Born on April 27, 1921 in Centreville, MD, he was a son of the late Marion A. and Minnie West Perkins. He was a 1939 graduate of Centreville High School and a 1940 graduate of McDonough School. He attended Beacom College in Wilmington, DE. During his youth he was an outstanding singer, loved sports and was a life-long fan of the Washington Redskins. He was a World War II Marine veteran who served from 1942 – 1945. He was honorably discharged as a Master Tech Sergeant and in 1945 directed a message center during the Okinawa Campaign. Mr. Perkins was an office machine sales representative for Remington Rand in Washington, DC for many years and was the company's National Sales Leader in 1973. He was a life member and past president of the Optimist Club in Alexandria, VA and continued his affiliation upon moving to Spartanburg, SC later in life.

Mr. Perkins is survived by his children, Nicholas (Cynthia) Perkins of Chapin and Anne Perkins of Roanoke, VA; grandchildren, Elizabeth Perkins of Columbia and Matthew King of Astoria, NY; a brother, William (Joan) Perkins of Irmo. He was predeceased by his wife of 49 years, Ailene Terpak Perkins.

Funeral services will be held at 11:00 am Saturday, July 20, 2019 at the McSwain-Evans Funeral Home Chapel by the Rev. Fr. Slaven Manning. He will be interred at St. John Russian Orthodox Cemetery in Mayfield PA.

The family wishes to especially thank the following for their kindness during Mr. Perkins' later years: Carolyn Stone and family, the members of the Spartanburg Optimist Club and the caring staff members at Generations of Chapin.