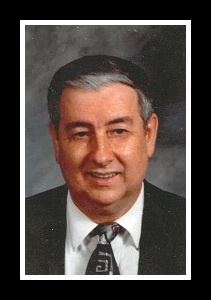 Born on January 17, 1944 in Newberry County, he was the eldest son of William Woodrow Bedenbaugh, Sr. and Martha Elise Hawkins Bedenbaugh. He married Peggy Ann Chapman on October 17, 1965 at St. Paul Lutheran Church in Pomaria. Roscoe was a 1962 graduate of Mid-Carolina High School of Prosperity and attended the University of South Carolina and Newberry College. As a youngster he worked at his father's service station and hauling business and delivered The Columbia Record and The Greenville News newspapers. He worked at Wicker's Radio & TV in Prosperity from 1959 – 1962, WKDK Newberry from 1963 -1966, WPCC-Clinton from 1966-1967, and Dixie Radio Supply Company from 1967-1968 before joining the staff of WKMG-1520-Radio in Newberry in 1968. He bought into Service Radio Company, Inc. (licensee of WKMG) in 1971, and was Executive Vice-President of the Corporation and General Manager and Chief Engineer. He was a member of the South Carolina Army National Guard from 1966 – 1972 and attained the enlisted rank of Specialist Fifth Class (SGT). He served as an Honor Club President, Chairman of the Board, and Sgt. At Arms of the Newberry Sertoma Club. Sertoma which stands for “Service to Mankind” is an international service organization which, among its man community services, provides help for hearing and speech impaired persons. He is past vice-president and treasurer of the Association for A Greater Newberry; past president and chairman of the board of the Newberry Unit of the American Cancer Society; past member of the Board of Directors of the Newberry County Development Board and Chamber of Commerce; Shop Newberry County First Committee; original planning committee for the Newberry County Egg and Dairy Festival; past member of the board of Newberry District Boy Scouts of America Committee; past member of the board of the United Way of the Midlands; member of the South Carolina Broadcaster's Association.

Prior to moving from Prosperity to Newberry in 1977 he served a term on the Grace Lutheran Church Council and was an assistant superintendent of the Sunday School. He also served on the Prosperity Town Planning Commission and the Prosperity American Bicentennial Committee. He is listed in Marquis Who's Who in the South and Southwest and Dictionary of International Biography .

Mr. Bedenbaugh was a member of Summer Memorial Lutheran Church where he had received a Lifetime Membership in the Lutheran Men.

Due to the Covid-19 pandemic a drive-up service (broadcast by 94.1 FM radio) will be held at 2:00 pm Saturday, May 23, 2020 at Summer Lutheran Church by the Rev. James Henricks. An opportunity to drive by and speak with the family will be held at the conclusion of the service. Memorials may be made to Summer Memorial Lutheran Church, 1609 Milligan Street, Newberry, SC 29108.