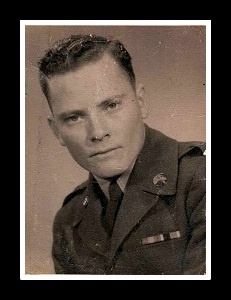 Born on September 13, 1932 in Whitmire, he was the son of the late Samuel Franklin “Frank” and Minnie Bell White Prince. Tommy worked on his family’s 165 acre farm from his earliest memories. He dropped out of school after the 6 th grade so he could help out more at home and pick up odd jobs, since his father had died in 1942 leaving Tommy’s mother and 11 other siblings at home. Some of his early jobs were helping his brother Vernon deliver ice and working for Ulysess Gilliam at the Pure Oil gas station on Main Street. In July 1951 he went to work with J. P. Stevens and worked his way to head loom fixer on the 2 nd shift. He served in the U. S. Army from 1954 – 1956. He married Bonnie on May 22, 1959 in Whitmire. In May 1985 J. P. Stevens announced that the Whitmire plant would be converted to a yarn producing plant and the weave room was phased out over an eight-month period. Tommy stopped the last loom off at the Whitmire plant at 2:00 PM on October 24, 1985. He then worked at Carlisle Finishing from 1986 - 1987 in the Screen Print department before he was asked to work for American Fiber and Finishing in Newberry as a loom fixer. He worked there from 1987 until his retirement on October 1, 1994. After his retirement he began selling tombstones for Wylie Brothers and later L & H Monuments, both out of York. Tommy sold mostly in Newberry and Union counties. He continued with this until 2016.

He was a member of The American Legion, Eli B. Farah Post No. 70 and a Life Member of the Roseboro Masonic Lodge # 195.

Memorials may be made to The South Carolina Bottle & Whitmire Museum, PO Box 261, Whitmire, SC 29178.