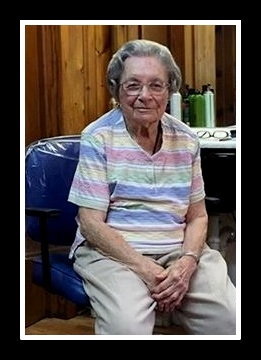 She was born in Newberry on August 27, 1918, to the James J. and Ava Addison Milstead. She was the oldest member of the Newberry Associate Reformed Presbyterian Church and was member of the Elizabeth Shealy Sunday School Class and the Women's Ministries.

In addition to her parents and husband, she was predeceased by a daughter, Mary Jo Cromer Bowers, a brother, Jimmie Sease Milstead and a sister, Dorothy Milstead Turner.

Funeral services will be held on Saturday, July 7, 2018, at 3:00 pm at the Newberry Associate Reformed Presbyterian Church by the Rev. Seth Yi. The family will receive friends at a reception immediately following the service in the church fellowship hall. Burial will be a private celebration for family members at Rosemont Cemetery in Newberry prior to the church service. Mrs. Cromer may be viewed at the funeral home until 12 Noon on Saturday.

The family would like to thank the staff of the Heritage at Lowman, White Rock, S.C. and also the staff of Lutheran Hospice for the care they gave to Mrs. Cromer during her illness.

A note of condolence may be written to the family by clicking the "Add Comment" link below.