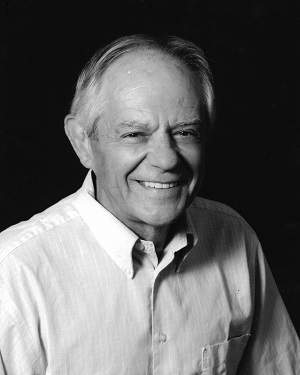 Voigt Cullen Kempson, Jr., 84 of Prosperity, SC died November 3, 2021. He died peacefully in his sleep, due to complications from a yearlong battle with multiple-myeloma cancer.

Born on November 8, 1936, in Batesburg, SC he was the son of the late Voigt Cullen Kempson, Sr. and Margie Shealy Kempson.

Voigt attended the University of South Carolina and served his country in the U.S. Army Reserves. However, his true passion was the theater. He studied dance in New York as an adolescent and ultimately ended up performing on Broadway as an adult.

Voigt’s budding enthusiasm for dance blossomed into a storied career choreographing and directing musical theater. His work took him all over the United States, Europe, and Singapore. Some of his favorite shows he worked on included Harvard’s Hasting Pudding Show (1972-1975), Dames at Sea , George M!, Hello, Dolly!, and Sweet Charity . In addition, he and his wife brought their joint passion and knowledge to Sparta, NJ, opening their studio: Dance by Kempson. They taught, mentored, and inspired thousands of students over the decades, many whom went on to have professional careers in the arts.

Voigt and Ceile spent 40 years in New York and New Jersey before retiring to their home state of South Carolina in 2005. Throughout his retirement, Voigt kept his love of dance alive through the Newberry Dance Club, as well as choreographing/directing in local theater. He was an active, compassionate man who enjoyed spending time out on the lake boating, playing golf, traveling with his family, volunteering with the youth group at his church, and doting on his dogs.

Funeral services will be conducted at 2:00pm EST Tuesday, November 9, 2021, at Wightman United Methodist Church in Prosperity, SC and also broadcast virtually via Voigt’s facebook page. Burial will follow in Ridge Crest Memorial Park in Batesburg, SC. The family will receive friends Monday, November 8 from 2:30–4:30pm and 6:30–8:00pm at the McSwain-Evans Funeral Home in Newberry, SC. In lieu of flowers, donations may be made to the Special Olympics at www.specialolympics.org.