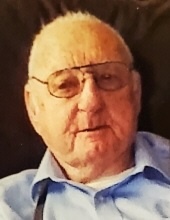 Mr. Walter Odell Suber, 91, of Pomaria, SC, longtime companion of Martha Yonce, entered into rest on Sunday, May 15, 2022, in the comfort of his home.

Born in Thomas County, GA, he is the son of the late Jesse and Mamie Burgess Suber. A former longtime resident of the CSRA, he relocated to Pomaria, SC, in 2016.

He proudly and with honor served his country in the United States Army and was a “spear header” with the Third Armored Division Association and was also a life member of the Pendleton King Chapter of the Disabled American Veterans. He was a member of Enoree Baptist Church, Newberry, SC.

Mr. Suber retired form the Engineering Department of the City of Augusta in 1991 after thirty-four years of service.

WB Suber was raised to the sublime degree of a Master Mason in May of 1958 in Webb Lodge #166, Augusta, GA, where he previously served as Worshipful Master. He later demitted to Star Lodge #99, A.F.M., Graniteville, SC.

His masonic journey included the following, Royal Arch Masons of Georgia, Knights of the Templar, York and Scottish Rite, the National Sojourners, Order of the Eastern Star and the Alee Temple of the Mystic Shrine. He was also a former member of the Elks Lodge #205. (non-masonic)

If ever you wanted to see a true example of a man and mason, WB Suber was both.

Friends will be greeted by the family on Wednesday, May 18, 2022, from 5 until 7 o’clock at Hatcher Funeral Home and Cremation Service, 3464 Jefferson Davis Highway, Graniteville, SC.

In honoring his wishes, Masonic Rites accorded by the brethren of Star Lodge #99, A.F.M., Graniteville, SC and Veterans Honors rendered by a United States Army Honor Guard, will take place on Thursday, May 19, 2022, at 1 o’clock from the graveside in Westover Memorial Park, Augusta, GA.