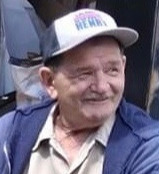 Born on December 22, 1949, in Newberry, he was a son of Willie Mae Banks Griffin Lipscomb and the late Thomas Benson Griffin.  He had worked for Dickert Lumber Company and Associated Rock Blasting.  Mr. Griffin was a member of Cannon’s Creek Prosperity Associate Reformed Presbyterian Church and was an inactive member of the Son’s of Confederacy.

He is survived in addition to his mother, Willie Mae Lipscomb by his wife, Helen McElrath Griffin; a brother, Rodney S. (Sarah) Griffin of Newberry and a number of nieces and nephews.  He was predeceased by a son, James Benson Griffin and a brother, Jon Reginald Griffin.

Graveside services will be held at 11:00 am Tuesday, April 12, 2022, at the Cannon’s Creek Prosperity Associate Reformed Presbyterian Church by the Rev. Brett Blackman. The family will receive friends following the service.  Memorials may be made to the church, 14395 C.R. Koon Highway, Newberry, SC 29108.

Honorary pallbearers will be his nieces and nephews.